You see, Kiddo. There was this tranny named Tweeter, dealin' blow...

Warning: Lucy does not dig gossip.

Well, that is to say- I mean- She does. She's always interested in it but she doesn't morally condone it and never initiates it, 51% of the time. . . Tricky, huh? You know it's tricky when (I) she starts referring to (my) her self in the third person. Man, I'm confused! Anyway, today's quote comes from Richard Johnson's 'Page Six' section of the New York Post. While I first spotted the tidbit in an old issue of Reader's Digest, I was directed to the source for a direct quote.

As a side note: It was an OLD issue of Reader's Digest because JD considers them an arch nemesis and has banned them from the household over a cancellation problem that took place with his Uncle. It didn't get resolved until after he hired Ninja mercenaries on his behalf. For the record, I'm fine with Reader's Digest and I think it's time to drop the grudge. I will gladly turn the other cheek because I miss the Word Power section. Also, it wasn't *my* Uncle and I'm not the one who paid for the ninjas. Did I mention I miss the Word Power? Also, since I'm capitalizing on superfluous information to fill out the post because I'm out of practice: The ninja mercenaries were some of the very few which are of Swedish descent. There are really only 15 Swedish Ninja mercenaries in all of Canada...where we got them. Okay, I'm getting off track, here. Back to the quote:

''May 3, 2007 -- KINDERGARTEN kids in ritzy L.A. suburb Calabasas have been coming home to their parents and talking about the "weird man" who keeps coming to their class to sing "scary" songs on his guitar. ''

Okay, I want to pause right there for kicks. Scroll down.

Continuing quote: ''The "weird" one turns out to be Bob Dylan, whose grandson (Jakob Dylan's son) attends the school. He's been singing to the kindergarten class just for fun, but the kiddies have no idea they're being serenaded by a musical legend - to them, he's just Weird Guitar Guy. '' '' 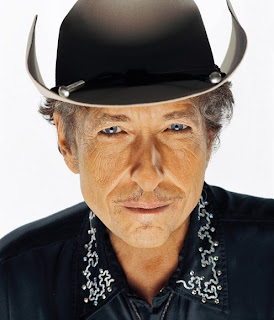 Ah, yes. I can just see it now. His raspy moan, belting out ''Tweeter and the Monkey Man'' and shooting his eyes back and forth like a crack-head watching two other crack-heads playing tennis. That'd scare me, too. Here's some advice, Bob: Bring Willie Nelson with you. Willie will calm them down just with the, um, *botanical fumes'' drifting off of his cowboy hat. Yes, you could get very *calm* just with the scent of Willie's cowboy hat. Honest. It's science. ''What, no fumes like that off of Bob?'', you're asking. Listen, smart ass! . . . . . . I do not have a good answer to that. So, more than that; Willie's just not weird or creepy to anybody. Not that I don't like Bob, but children have very sensitive creep-o-meters. Odd-o-meters, even. In Bob's old(er) age, sometimes he seems a little more creepy doing the same things he was doing when he was 20. That's life. Think about it. Picture a 20-year-old on a skateboard with a backwards baseball cap...now, add forty years. Yes, cool to creepy in just four decades. Life is fickle, turning on you in the blink of an eye. Anyway, I got a good laugh out of this blurb from back in 2007 and I hope you did, too. I apologize for my hiatus. We both had quotes on 90 hours worth of shows saved up on our DVR and it totally blew out. Shortly before that happened, we pledged to make posts every day for a few weeks. God laughed right after we made that plan and blew out our DVR to teach us a lesson. Point taken, big guy. Point taken.

PS: If you knew the identity of the man singing to the kids without having heard this before and only from the title of this post-referring to 'Tweeter and The Monkey Man'-Dylan's song from the The Traveling Wilburys-...You get about 36 cool points. Let us know if you knew, so that we may mark you down.

Check me out at my recent, newish blog! Do it Now!
Posted by JD and Lucy at 3:01 AM 2 comments: Links to this post